Death by Distraction: Effects of noise on wildlife

Interesting article from Conservation Magazine about how human-created sounds interfere with creature decisions about food & mate selection.  Check it out along with the Dawn Stover article on the same page, 'Not So Silent Spring'.

Cheers to Wilderness Society ecologist, Matt Dietz, currently tracking 53 bird species in the Sierra National Forest as part of a study to help determine impact of noise on wildlife of our National Forests. We applaud TWS for forwarding this work. MORE.

Support the soundscapes of the Arctic National Wildlife Refuge

Musically gifted? Arctic Live is seeking a theme song to help raise awareness about some of the most tranquil soundscapes that still exist in the natural world, those found amid the wilderness and wildlife of the Arctic National Wildlife Refuge. The timeless voice of that ancient environment still rings forth in several places with sounds of Caribou, Polar bear, Arctic fox, Dall sheep, a million migrating birds and more. We'll supply…

Here it comes folks. Everybody and their iPhone in the field.

http://blogs.kqed.org/climatewatch/2011/02/14/why-the-pros-need-citizen-science/The idea of going quietly into the field as a solitary exploration may have met it's match in the compelling new iPhone apps now being developed to encourage 'citizen science'.  Of course, ecological monitoring is needed to help protect and preserve natural bio-diversity, and that takes having good and…
Continue

Kudos to the Minnesota Department of Natural Resources for utilizing digital technology to encourage visits to the state parks, going cyber-communicative to get locals away from their screens and back into trekking the woods.  Tech-free listening time -- to hear real 'tweets' -- is more important than ever, even if it takes a bit of 'virtual tweeting' to remind someone near you.… Continue

Post the Soundscape Support Team badge on your website or other social networking sites.  Click 'get badge' under the black box to your right; it'll allow your friends and colleagues to add their profiles and help our group gain members to increase features and dialogue.

Soundscapes of the Arctic National Wildlife Refuge (in the uppermost NE part of Alaska) are as fragile and beautiful as the place itself; it's a great place for the Soundscape Team to know about and support. ARCTIC LIVE, a unique on-line and live event celebration of the 50th Anniversary of the Refuge is just beginning. Please join us in support of this effort. Visit the Facebook page, and stay tuned for more updates to this…

The Fragile Soundscapes of The Arctic Refuge

In 2006, we watched as a white poster board was held up to members of the US Congress in an attempt to portray the regions of The Arctic National Wildlife Refuge as nothing but vast, white snow-covered nothingness, free space for unabashed resource extraction. But we knew that the soundscape reveals something quite different! In fact, the Arctic Refuge is teaming with…

The Growing Phenomenon of Soundscape Mapping

When Wild Sanctuary was building it's first archives of soundscape samples in 1968, hardly anyone, anywhere, could imagine why someone would want to do such a thing. But what marvelous changes friendly technology and a bit of time can bring to public perceptions! Just look at the amazing list of Soundmaps put together by Music of Sound, New Zeland; our thanks to them for this great post. Check it out:… Continue

10 Things You Didn't Know About Sound from Julian Treasure at TED.

Poignant -- the way that artistic expression now captures in breathtaking detail what once may have been commonplace awareness. As landscapes and soundscapes disappear from our daily life they are being captured and re-expressed by the artist, over and over throughout time. Catch the shadows - throw them back and forth, illuminate the world with creative awareness. Dig this work by Jim Denevan presenting the frozen surface of Lake Baikal,… Continue

I was just browsing around looking for more soundscapes to listen to at work. I came across a podcast on iTunes called Soundscapes for Birders. Here is the podcast link: http://www.7loons.com/Soundscapes_for_Birders/Soundscape_for_Birders:_Podcasts/rss.xml It's fabulous. There are about 40 or more podcasts ranging from 4 minutes long to 15 minutes long. The sounds are so soothing and they are… Continue

When soundscape expert Martyn Stewart recently returned from his visit to the Gulf he was compelled to share his experience. With wife/partner Noleen (Roo), and photographer daughter Rebecca, they've created a stellar bit of reportage that you won't hear on the nightly news. Check it out - share it around, and support their efforts to advocate for the community, the soundscape, the eco-system, and the wildlife so sadly affected. Check it out here or in the video section, below.… Continue

Soundscape of the Day

Lovely how Phill Harding captures soundscapes from his daily life and turns them into extraordinary sharings. His soundscape blog invites the listener to sense his world and travel alongside through galleries, train trips, world cup football games, stereo shops, woods, gardens, barns, cricket matches and more. I love his inventive 'Buying an Earring for a 10 year-old Boy' ringtone!

Meet my invisible friend, The Soundscape! 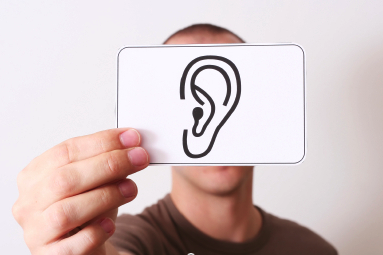 Still amazed by the number of environmental and nature-related citizen groups, non-profits, teachers, biologists, and government organizations to whom 'soundscape' is still such an unknown concept! This vital tool of eco-system observation definitely needs to be 'talked up' to birders, non-profit civic groups, musicians, academics... journalists, public space administrators, architects, designers, public officials, and more. To many members of the team, soundscape surely is a…
Continue

Bruiteurs: Early 'Sound Effects Men' on to something

AFRICA BY MIC AND BIKE 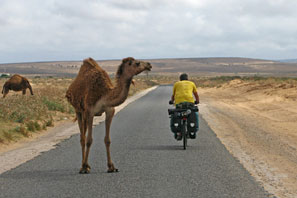 Now here's an intriguing start to a sound-led story. Soundscape recordists Huw and Bex recently grabbed their recorders, popped on their bikes, and left for a two-year ride. They began their expedition in the UK on March 5th 2009, and from that time until a scheduled end in Namibia in late 2010, the pair intend to cycle through up to 30 African countries in North, West, Central, East, and Southern Africa! On their 'Listen…

Sounds of Nature Workshop -- a Celebration of People and Place 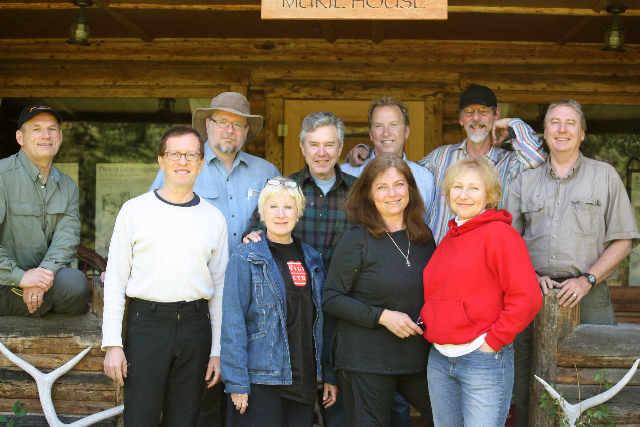 The recent SOUNDS OF NATURE WORKSHOP at The Murie Centerwas a particular treat. I believe we ALL came away fortified, not only by the generous sharing of talents from project colleagues Bernie Krause, Martyn Stewart, and Kevin… Continue 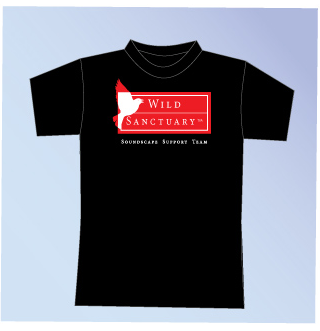 What's on your shirt?!? Be an 'early adopter' of soundscape support in this nifty, high-quality black T and share your support with the world! The new Organic Cotton, Earth-friendly, Soundscape Support Team T-shirt, is now available at the WildStore. 25-bucks gets the T with FREE shipping and handling. A portion of proceeds, of course, go to outreach efforts to help SAVE THE SOUNDSCAPE. Men's and… Continue